The Problem with Kiss Cartoon…And Sites You Can Try Instead

We get lots of questions about a site called Kiss Cartoon, especially from people asking why it’s always down. We looked into this and here’s what we found.

For those who’ve never heard of it, Kiss Cartoon’s a popular site for watching videos of your favorite animated shows. While the site looks friendly and professional, there are some clues that it’s not quite legit. For starters, when you click on links to watch videos, you land on sites loaded with popups and malware. Often the videos aren’t even there.

Another clue is the way the site’s URL is always changing, with slight variations in the domain and suffix. Various threads on places like Reddit talk about where to download free videos, whether the site’s safe, and where the heck it went.

In March 2017, Torrent Freak even reported that Ted Osius, the US ambassador to Vietnam, asked officials to crack down on pirate videos. He even specifically mentioned Kiss Cartoon as a site that’s hosted there, and that’s known for copyright infringement. Other sites on his list included Putlocker and 123Movies.

Why Is Kiss Cartoon Always Down?

There are downsides to using illegal sites like Kiss Cartoon. Due to high traffic, they’re often reported down or slow. Unlike legitimate businesses that devote lots of money and resources to staying up, pirate sites often get bogged down in traffic. And when a company or artist makes a copyright strike against them, they just pack up and move to another address.

Many ask if Kiss Cartoon’s site is legal on Yahoo Answers: The most popular answer is as follows…

“The unauthorized uploading of (unchanged) media owned or copyrighted by others is illegal, whether it’s for profit or not and no matter whether they state that they don’t own the media. However, Kiss Cartoon’s policy states that all videos on their site are not actually uploaded to their site and are simply linked to their site from other sources by it’s users.

Where to Watch Your Favorite Cartoons for Free … Legally!

Want to do the right thing and keep your computer from getting some horrible virus? Here’s a list of popular cartoons and where you can watch them — legally! — for free.

Over the River – The Crazy World of Rick and Morty

Rick and Morty are one of the most popular cartoons on television. It is understandable why kids and adults alike would want easier access to binge watch this show. It is a great mix of science fiction and comedy, following the misadventures of the mad scientist, Rick Sanchez, and his grandson Morty Smith.

If you don’t have cable TV and don’t want to wait for Cartoon Network to come out with new episodes, Hulu is a great place to watch. Keep track of the antics that go on within the cartoon. Can you keep up with the characters other dimensions selves? You are also able to watch these episodes on adultswim.com. Unfortunately, AdultSwim only has the third season available.

Need to Find a Season of Rick and Morty?

Through the Woods — South Park and Their Mouthy Selves 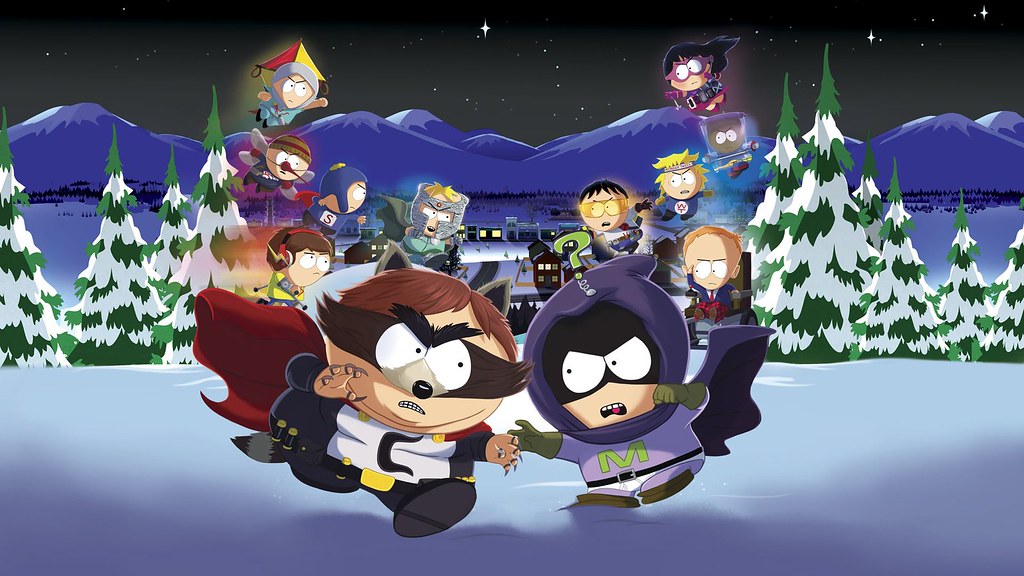 This is definitely not for young children due to the foul language and sexual themes within the show. However, adults and teens have been enthralled by South Park since it’s conception. This naughty comedy series seems to have been created to offend as many people as possible. Hulu has season 1 all the way through season 21. You’ll find Kyle, Stan, Cartman and Kenny within the interwebs of Hulu. And yes, Kenny still dies!

South Park has been known to take on making fun of politicians and celebrities alike. There are even star appearances within the show; Britney Spears, Saddam Hussein, Osama bin Laden, and more. Have a favorite season? Maybe a favorite movie? Hulu has them all! So let’s travel through the woods of South Park to see what trouble we can get into!

Where Else Can I Find South Park?

To the Crystal Gems, We Go! — Steven Universe

Everyone’s favorite Crystal Gem in training has been found on Hulu! Follow Steven as he discovers what his powers are through the help of his friends Pearl, Amethyst, and Garnet, the magical, humanoid Crystal Gems. He helps protect the world from other Gems who seek to destroy it. Hulu has four seasons of Steven Universe within its arsenal. If you’re a follower of the Gems and Steven, then head on over to binge on all your favorite episodes.

Sneak Peak of the Creation of Stevonnie

With a dip and a spin, Stevonnie was created! 💃❤️ #WaybackWednesday

It’s easy to find the shows that you want to watch on sites like Hulu, CartoonNetwork, Netflix and more. From shows like Rick and Morty to South Park. You’re able to binge watch all your favorites for free from the comfort of your lounge chair, bed, desk or wherever you lounge. With KissCartoon being illegal, it’s easier to go to sites where you know you’ll be able to watch cartoons online. Enjoy your favorites without worries that you will get in trouble. Bring your popcorn, curl up in your favorite spot with a friend or by yourself, and enjoy that show you’ve been wanting to binge on.