The Definitive Ranking Of Batman Actors From Worst To Best

While it’s fair to say that every actor on this list gave playing Batman their best shot, it’s merely a fact to state that some actors did better than others. Some were able to embody the character of Batman and represent his vulnerability or power at the flick of the switch, while others struggled to get into the role.

Some of the actors had the look and aesthetic of Batman down wonderfully while others looked like they needed a few fewer cheeseburgers and to spend a few more hours in the gym doing some extra power lifts.

Acting as a character such as Batman can undoubtedly pose a challenge, but in this listicle, we will take a look at all of the different people who have acted as Batman in order of who did the worst to the best job:

George Clooney starred in the lowest-grossing Batman movie of all time in “Batman & Robin” back in 1997 which only made a paltry $238 million. Clooney had also just finished starring the “ER” and still didn’t seem to have his superhero mojo back in time for his Batman role.

Clooney starred in a Batman movie at a time when he frequently shifted back and forth between romance and action movie roles, with romance roles being his much stronger suit.

Many critics state that Clooney’s biggest fallacy when playing Batman came when he decided to make the role look too “jokey.” The otherwise serious “Dark Knight” became more of a playful and soft character which poses a problem when he was otherwise usually very solemn.

Lewis Wilson has one honor that should get at least a footnote in the storied history or Batman as he the first character to act the role of Batman on the main screen in a 1943 serial. That’s the only polite thing that one can say of Wilson’s performance as the “Dark Knight” superhero.

Wilson’s skintight Batman suit revealed a bit of a gut that did not look very attractive on the movie screen. If there was one Batman actor who could have spent some more time on the Bat Treadmill in the Bat Cave, it was Wilson.

Moreover, the suit that Wilson wore happened to look very basic and doesn’t represent Batman as we know him today. The ears on the costume were pointy enough to get passed off as radio wave towers receptors rather than as his ears.

However, in fairness, as all the men were off fighting World War II and most of our younger, fitter generation were unavailable to act in movies, Wilson might represent the best choice they had at the time. The thin talent pool in the acting world at the time paid off for Wilson because he got the role.

Robert Lowery spent decades languishing in roles that made him considered more of a “B” list actor. Most of Lowery’s parts got played in country Western movies, so acting as a superhero proved to be something that didn’t come very quickly to Lowery.

Granted, Lowery was a marked improvement to Wilson as he didn’t have a giant gut that stuck out of his Batman uniform, proving that at least his body fit the role of a superhero. He also confirmed that his smooth-talking skills were up to snuff for the Batman character, but he did seem a little uncomfortable playing a super-hero as he had never played a role like that before. That discomfort, sadly, did show.

Either way, having Batman appear as a Lego character gave fans something exciting and refreshing to watch, and we can all agree that Arnett was a fantastic sport for trying it.

In all fairness, Val Kilmer had the incredibly challenging job of following Michael Keaton who had left the franchise to move on from his previous Batman character. It’s not even that Kilmer made a “terrible” Batman, per se, more of it had to do with the fact that Keaton’s performance proves to be a challenge for anyone to have to back up.

However, Kilmer might not have had a forte when it came to making superhero movies. Another attempt to reboot a different film company who released “The Saint” didn’t go much better for Kilmer. Few people have ever even heard of the movie “The Saint” now that we live in 2019.

At times, Ben Affleck tried too hard to deliver a glowering character who might have become a little too unshaved for the role. However, demeanor and a lack of shaving aside, Affleck did not do a bad job acting the part of Batman.

At times his big Batman suit made him look like more of a Michelin Tire man than a superhero. In fairness, that’s more of a costume design flaw than one a fault of the actor.

On the positive side, Affleck tries to exude the physical and psychological challenges of being a caped crusader and does quite a perfect job of it. However, by the “Justice League,” he seemed almost burnt out in the role even while trying his best to mask his burn-out.

Affleck also helped co-write the script for the next Batman movie which appears to be set to take flight sometime in 2021. It’s not clear yet whether Affleck will get a role in the film, but he has had something to do with writing to be appearing in the next reincarnation of the Batman moves which they have slated to get released in 2021.a

Adam West gets considered by most to be the original Batman character. However, others may still feel the need to argue that point. West was the Batman of the 1960s when he was still a somewhat “novelty” character who appeared on ABC on a weekly basis for almost two years.

The reason that the Batman series of the 1960s became so well-known mainly owes itself to the fact that the endless reruns of the TV shows made West the most popular Batman figure of pop culture that most people still recognize today. Essentially, Batman made West a pop culture icon of his right.

No studio had ever taken a bigger gamble on a character than that which got risked when Michael Keaton took on the role of Batman in the 1989 and 1992 releases of the movie.

Keaton singlehandedly proved everyone who laughed at the choice to have him play Batman in 1989 and brought back a franchise that was in its dying days through his performance in the two subsequent movies.

Keaton proved that he could be dark and intense enough to play the character of Batman, yet can still stifle a wry laugh and even a smile when it’s necessary. The balance of emotions Keaton possesses made him the perfect fit for the Batman role.

Keaton also happened to have enough confidence in his Batman performance to say “I’m Batman” as if no one else ever had played the role. While many consider that arrogant or cocky, he was among the best to ever dawn the suit of the “Dark Knight.” He can call himself Batman if he wishes and we think that he may not have exaggerated all that much after all.

Christian Bale had the proper mindset, attitude, and body to pull off the Batman character almost to a “t.” Bale’s dedication and commitment to his roles remain unparalleled, which helps him “ace” nearly every role that he agrees to play. This consistent dedication helped Bale bring an intensity that has never before gotten seen in a Batman role.

Bale also has another uncanny ability: adapting to the role as it changes from movie to movie. This flexibility helped Bale evolve throughout his time as the character, starting as a novice Batman in training and ending the show as a happily retired version of our favorite superhero.

Bale took the role seriously and showed up in excellent physical shape for the job. Bale’s uncanny ability to add just the correct “touch” to the character allowed him to shine no matter what scene he played

In fairness, Bale also owes some of his success as Batman to the actors around him such as Michael Caine and Alfred Pennyworth, who helped his performance shine by allowing him to show both vulnerability and power on the screen when it was necessary.

It’s also because Bale becomes unquestionably dedicated to every single acting role he takes on. He portrayed this dedication and discipline in his Batman roles, and it showed in every single performance to make him the best Batman we have seen to date.

Batman Isn’t an Easy Role to Pull Off: After All Few Have Done It 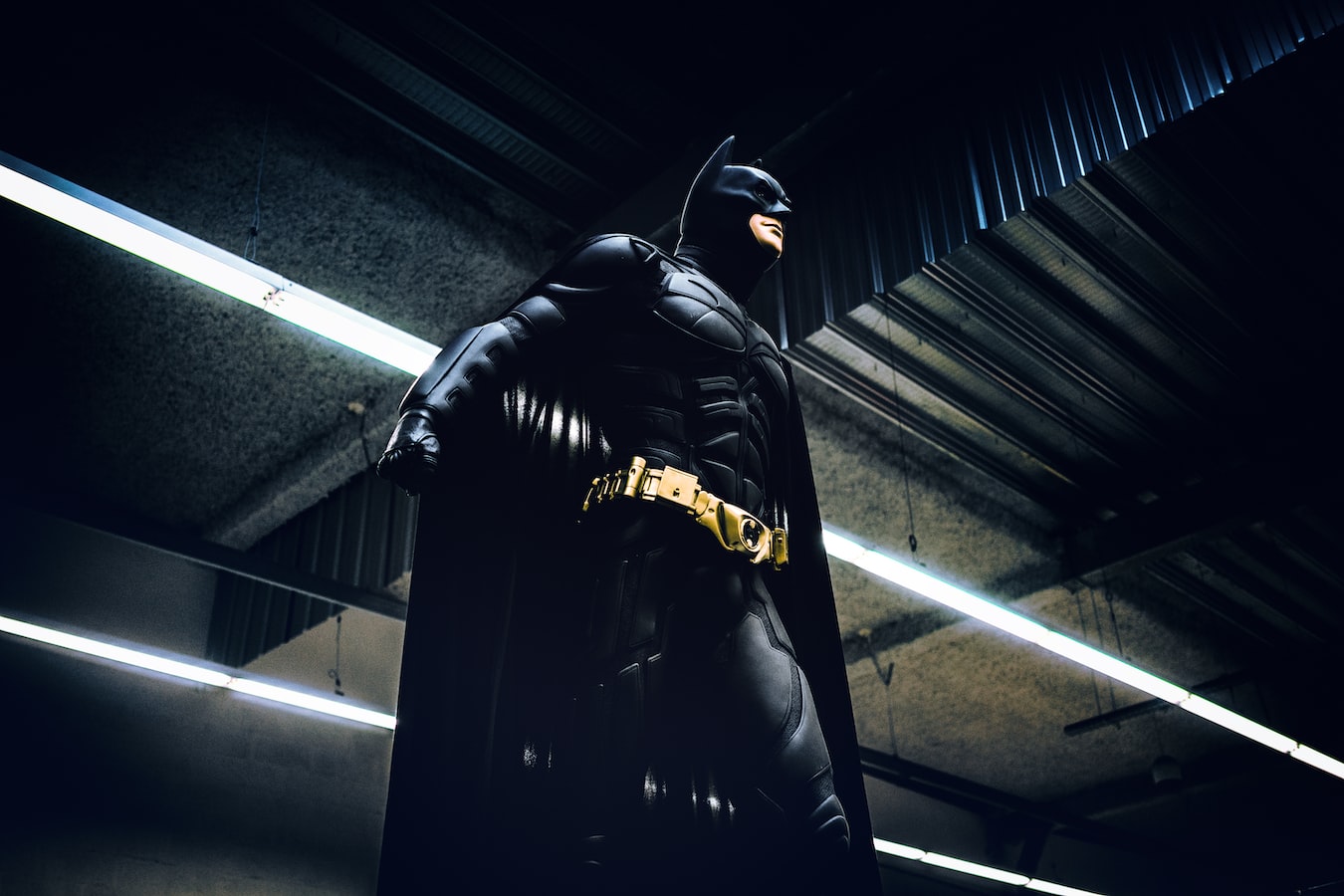 Image by Serge Kutuzov via Unsplash

Batman would not be a role that would make life easy for any actor, which got proven in the fact that few actors have indeed pulled off the part in the way it was meant to get portrayed. West, Affleck, and Bale have become arguably among the most talented actors to have dawned the black cape in Batman’s history.

These actors have a mix of assets going for them including being in excellent shape, having a no-nonsense attitude, and having a personality big enough to act the role all play a part in them have been as successful in their acting in the role of Batman as they have.

It’s not clear who correctly will play future roles of Batman. However, it has become clear that the “Dark Knight” has generated billions of dollars in revenue and will continue to create more income in the future. He has become a beloved icon of the 21st century American superheroes and will continue to gain fans with every passing generation.

Despite what the future may or may not hold for Batman, we can all agree that Batman can get his name put on the list of some of the most common (and widespread) pop culture icons of modern-day American. He’s also one of the most loved figures of the 20th century and beyond.

Moving forward, it has gotten rumored that Christian Bale may appear as Batman in future releases. At the very least, Christian Bale has helped write the almost-completed script that’s due to back a Batman release that’s slated to come out in 2021. The timing of this and if he will play a role in production or acting has not yet gotten confirmed.

The history and legacy of Batman have become very extensive in the past fifty plus years that he has been a superhero. It’s a legacy that will likely grow much longer in the future. One huge part of this legacy includes the people who have and will continue to act the role.

However, no matter who gets the next role acting as Batman, one thing has become for certain future of Batman will likely remain interesting for years to come.