Jack Kirby: ‘The King’ and His Creative Legacy to the World

Jack Kirby may no longer be with us, yet his creative legacy remains for us to admire and enjoy. He helped to create beloved characters we’ve all come to know. These include Captain America, the New Gods, Black Panther, the Fantastic Four, the X-Men, the Incredible Hulk, the Silver Surfer, and more.

Jack Kirby still influences comic illustrators and artists around the world. Let’s find out what all the hype is about through a look at his artwork, the characters we all love, and the comics he helped to create.

Before Kirby became a well known comic artist, he started his journey into artwork by copying and tracing comic strips. With his love of art, he would seek out places where he could learn more about artwork. Some of the comic artists that influenced Kirby are Milton Caniff, Hal Foster, and Alex Raymond. He took his love of comics to creating strips for the Lincoln Newspaper Syndicate. After that he went to work for a film studio known as  Fleischer Studios where he worked as an “inbetweener” on “Popeye.” According to an interview he did for The Comic Journal;

“I went from Lincoln to Fleischer,” he recalled. “From Fleischer I had to get out in a hurry because I couldn’t take that kind of thing,” describing it as “a factory in a sense, like my father’s factory. They were manufacturing pictures.”

Happy 100th Birthday to The King!⠀ The Kirby Centennial is upon us. ⠀ "On occasion the Timely office would get phone calls and letters from Nazi sympathizers threatening the creators of Captain America. Once, while Jack was in the Timely office, a call came from someone in the lobby. When Kirby answered, the caller threatened Jack with bodily harm if he showed his face. Kirby told the caller he would be right down…"⠀ ⠀ Long live the King! ⠀ ⠀ Captain America 1⠀ Jack Kirby & Joe Simon⠀ 1941⠀ .⠀ .⠀ .⠀ ⠀ #JackKirby #JackthekingKirby #KingKirby #jackkingkirby #kirbycentennial #thekirbycentennial #bronzeagecomics #silveragecomics #originalcomicart #originalkirbyart #comicart #jackkirbyart #jackkirbyartwork #bronzeagebeauties #blacklinebeauties #kirby100

Today, his artwork still inspires artists of all kinds. People around the world create galleries dedicated to his comic work. Whatifkirby.com created such a gallery:

One of the most extensive collections of Jack Kirby comic art is at your fingertips. This is an incredible resource to art historians, collectors and comic book fans. The backs of each comic art page is also included. In some cases, the backs can yield hidden treasures.

Have you heard of The Jack Kirby Museum?

If you’re in the NY area, take a gander at the nonprofit organization dedicated to Jack Kirby’s art. According to their mission statement:

The Jack Kirby Museum and Research Center is organized exclusively for educational purposes; more specifically, to promote and encourage the study, understanding, preservation and appreciation of the work of Jack Kirby by:

Our Favorite Characters by Jack Kirby

Jack Kirby’s characters have graced our shelves for ages. Either through comics, collectibles or DVDs. Any way we can get our hands on them we’ll get them. All legal, I promise! But who’s your favorite Jack Kirby character? Kirby created a lot of favorites like Captain America, The Incredible Hulk, Black Panther, Silver Surfer, Ant-Man and more. Today we are going to take a closer look at a few characters.

The Hulk was created by writer Stan Lee and artist Jack Kirby in 1962. The Hulk is considered a combination of Dr. Jekyll and Mr. Hyde. According to Marvel News:

“Through the Hulk, Kirby and Lee had co-created the super hero genre’s first great antihero, an outcast from society, with whom the readers nevertheless sympathized,”… “Though he was hunted by the authorities, the Hulk’s worst enemy was arguably himself…”

The Hulk could, by far, be one of the most loved characters because he’s considered to be a hero and a villain. It really just depends on if he’s in the mood to play nice. During a 1963 edition of The Avengers, they invited The Hulk to join their team only for him to become a villain by the end of the comic! Is The Incredible Hulk one of your favorite Jack Kirby’s characters? 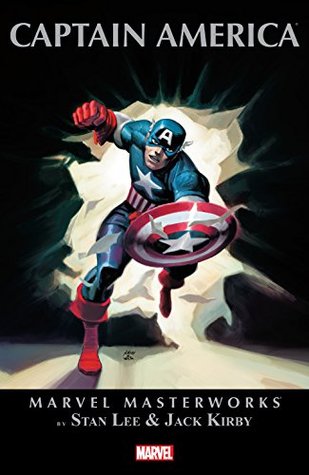 Captain America is Jack Kirby’s most well known superheros. Created after the devastation of Pearl Harbor and America’s entry into WWII. Jack Kirby and Joe Simon created Captain America, defender of the innocence and the only one who “could punch Adolf Hitler in the jaw.” As fans of the Marvel comics and movies know, Steve Rogers started out as a 98-pound asthmatic who became a government experiment. A super soldier was created!

“I think by far [Cap’s] the most important!” Neal Kirby says of his father Jack’s characters. “Captain America established my father as a professional comic book artist, and most importantly, proved to publishers he could sell books.”

We’ve all seen the new trailer for the Black Panther movie, which looks amazing! We’re going to take a quick look back at the #1 comic release of Black Panther. Through Kirby’s comic career, Black Panther has graced many of the Fantastic Four comics. Until 1977 when Black Panther got it’s very own comic. Kirby wrote, drew and edited this version of the Wakanda world.

BLACK PANTHER also introduced the hero and the world to a variety of interesting and wild characters ranging from Mr. Little and Princess Zanda to a Yeti and a secret society of samurai!

These are just three of Jack Kirby’s characters. If you want a really good look at all the characters he created, take a look at this article Jack Kirby’s 100 Coolest Comic Book Creations.

Kirby spent two decades telling an array of stories through his comics. The genres ranged from sci-fi to westerns to monster tales. No wonder the world fell in love with his storytelling, there was a lot to choose from.

“In 1961 he collaborated with Stan Lee to turn around Marvel’s dwindling fortunes with the Fantastic Four, a series which took its science fiction team-up cues from Challengers of the Unknown, a previous Kirby creation for National Comics, who you likely know nowadays as DC Comics.”

Though Lee was the only writer for Marvel, Kirby was there as one of the artists. Stan Lee used what he called the Marvel Method. Jack Kirby’s artwork worked off of little to no plot and was sometimes not mentioned in the credits. There was controversy that Kirby was the real creator of Marvel Comics. Lee and Kirby saved Marvel together, and to this day no one know’s who the true creator of Marvel is. Read this and decide for yourself; Stan Lee and Jack Kirby: Who Did What?

Fans often find this “Fourth World” both fascinating and baffling. And small wonder. In a universe of larger-than-life characters, Jack Kirby’s New Gods are even more powerful. They rose in the wake of Ragnarok to replace the Old Gods who were destroyed.

The New Gods are split into two planets — New Genesis and Apokolips — that are complete opposites but forever entwined. New Genesis is ripe, verdant Eden bursting with life ruled by Highfather. Its twin, Apokolips, is a dystopian hellscape pocked with smoldering firepits lorded over by Darkseid.

Plus, they’ve got some pretty amazing tech. Let’s start with the Mother Box. These small, highly advanced, and fully-sentient supercomputers can lay waste to enemies, heal the injured, provide needed information, and talk via “pings.” Better yet, they can open and close “boom tubes” so the New Gods can visit other dimensions.

There’s also a large, hovering throne called the Mobius Chair that holds the ultimate knowledge and allows travel through time, space, and dimensions.

Thank You for Great Work

Jack Kirby has given us years of captivating characters. By inspiring artists around the world with his style, Jack Kirby’s artwork still entrances everyone. During the ‘60s his storytelling and plotting made him a comic book superstar. His experiences in life translated onto the page, giving us captivating fight scenes, and thrilling ways the characters interact with each other. To this day, fans collect his artwork and visit The Jack Kirby Museum. If you were to choose your favorite Jack Kirby characters, whom would it be?